In the field of transport and agriculture, horses have played a major role. The racing of horses in Canterbury was started at Riccarton in 1854 with the formation of the Canterbury Jockey Club. Some gallopers have been trained in West Melton and two well known jockeys have lived here. Arthur Stokes who rode the winners of two New Zealand Cups – Balfast and Gold Scheme and Max Skelton who was one of five brothers. All were very good jockeys. Max lived in West Melton from 1973-78 and in 1972-74 rode many winners. He was top jockey in the South Island and 3rd in New Zealand. He suffered a spinal injury in 1978 and part of his rehabilitation was working for Jack Litten. He can now walk although there was only a one chance in a thousand that he would.

Stan Edwards
Stan put in a trotting track on his farm and had success with the horses Dillon Dale, Star Rosa and Melton.

Jack Litten
Jack arrived in West Melton in 1945 and trained the horses Congo Song, Preston, Admiral Peterson and Sir Peterson at Edwards track, and helped to make the track unique in Australasian trotting history for the winning number of horses trained there. After putting in his own track, Litten trained Caduceus who was the first to win a £100,000, which was an Australasian record (he won the Derby and numerous world records and as well as winning the Inter-Dominion. He won 28 times in N.Z., 18 in Australia, 8 in the U.S.A. and 1 in Canada); Doctor Barry won the Derby; Dignus (Sydney Derby); Our Roger (N.Z. Cup); Fallacy (Derby and leading sire of brood mares – he left a Sapling Stake and three Derby winners); False Step (won all his 3-year-old races, the Derby and later 3 N.Z. Cups); Highland Glen, Royal Mile, General Lee and Westland King were all N. Z. Trotting Stake winners. In 1960, Jack was the leading trainer in N.Z. 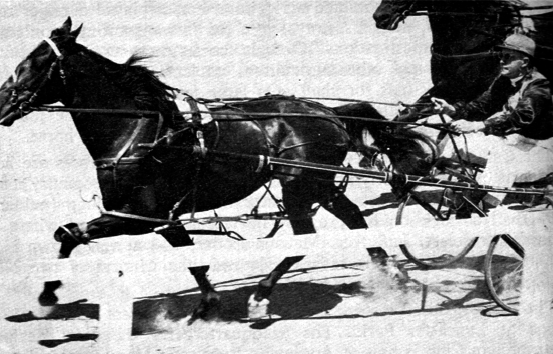 Noel Linton
Noel arrived in 1957 and leased the wooden garage behind the store and turned it into an engineering workshop. In 1964 he built a new workshop on the corner of Weedons-Ross and Rolleston (now West Melton) Road. By 1971 the building had doubled in size, he was employing 6 men, and as well as engineering, was manufacturing machinery for harvesting and grading vegetables. He was to use this building for 35 years. John Wyma then continued as Wyma Engineering.

Yorktown
Yorktown was the area between West Melton and Aylesbury and had been settled in the mid 1860’s by people from Yorkshire. Some of the families who started there were:

Robert Holland
Robert arrived in N.Z. in 1863. The journey out on the ‘Lancashire Witch’ had the deaths of twenty-three children and three adults – scarlet fever, measles and whooping cough etc. After a few years farming at Yorktown the family shifted to farming at Greendale. Robert’s son Henry became Mayor of Christchurch, 1912-19 and was a Member of Parliament 1925-35. Henry’s son, Sidney was
leader of the Opposition in 1940 and Prime Minister from 1949 until shortly before his death in 1957. Sir Sidney’s son Eric was also a Member of Parliament. Lady Holland was a descendant of the Drayton family who were early settlers in West Melton. (The authoress, Mona Anderson, was a descendant of Robert Holland).

William Walker
William came out to N.Z. in 1857 and started a boot-making business in Lyttelton. The great fire there in 1870 destroyed his business and he shifted to Yorktown where he had previously bought land. His sons John and Charles farmed there until 1908. Descendants still live in the district.

Burton Shipley
Burton was another early settler who also came out to N.Z. on the ‘Lancashire Witch’. He worked in the Templeton area and then took up land at Yorktown. He farmed there for 5 years and later farmed at Charing Cross where members of his family still farm. A granddaughter, Miss Freda Moreland was Head Teacher at West Melton School, 1952-54. A great-grandson Burton’s wife Jenny was the first female Prime Minister of New Zealand.

Volunteer Fire Unit
The West Melton Volunteer Fire Unit was started on 3rd October, 1964 with Norman Calder and Harry Judd as first Chairman of the Committee and the School Head Teachers, Arthur Jennings, Alan Bond then Robin Hobern held the position of Secretary. The first Chief Fire Officer was Noel Linton, followed by Barry Bedwell. This year is fifty years since the formation of the Unit.

Telephone
Up to November 1971 the majority of the district were on the Kirwee Exchange with party lines of 6-10. The majority of the district, (roughly east of Sandy Knolls Road) were given automatic telephones on the Rolleston Exchange, which was part of the Christchurch free calling area. The remainder were to be on the Darfield Exchange. Today most also have cell phones. 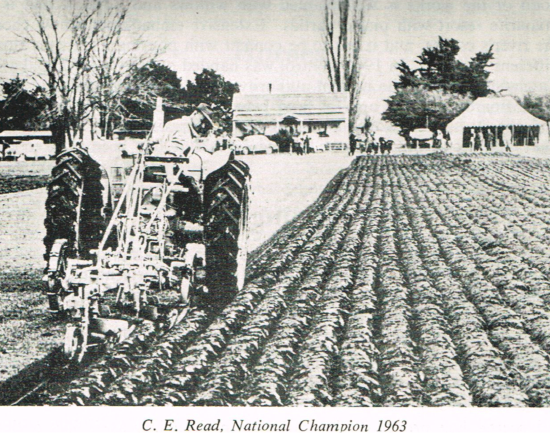 Ploughing
In 1963 Charlie Read won the National Final for ploughing. The prize was the ’Atlantic Silver Plough’. In the World Championship final at Toronto, Canada, he was placed 7th out of 33 competitors. His 290 points was only 4 short of the winner. At the Northern Ireland Championships he won the International Cup for outside competitors.

Miniature Rifle Club
The Miniature Rifle Club was formed in 1925, and after two shifts has been in the present range on the corner of Halkett and Calders Road since 1952. During the period 1929-35 the Club won the Canterbury Championship Teams shoot five times. At that time the team was W. Oakley, R. J. Northcott, A. Hulston, L. McIlraith and J. Simms. The Club is still going strong although there was a period when they went into recess in the early 1970’s.

Scout Movement
On 30th June 1964, the West Melton Scout Group was formed and affiliated to the Selwyn Scout District. The first Chairman was Lloyd Ashton; Secretary, Jim LeComte and Patron, Jack Litten. The first Scout Leaders were Graeme Oakley and Colin Watson. The first Cub Leaders were Ray Quinton and Gail Watson. Graeme later became Selwyn District Scout Leader and retired after 30
Years. Colin was Selwyn District Commissioner for 9 years and retired after 30 years. Gail became Selwyn District Cub Leader and retired after 20 years. Celebrations to mark the first 50 years have recently been held with among others, those four leaders present. Ray, an ex-serviceman is now aged 93. The Group is still strong and has produced a large number of Chief Scout and Queen Scout Awards. They now have Keas, Cubs, Scouts and Venturers, all sections with girl members.

School 1963
When the old School was to be replaced with a new two class-room block it was decided to hold a reunion. Over 300 attended the Ball, Official Opening on Saturday 30th March 1963 and Church Service on the Sunday. John Coleman was Chairman with A. V. Loretto and Ray Northcott as Secretaries. The old School was shifted to the Pearce Brothers farm as a storage shed.

School 1971
Celebrations were held to mark the Centennial of the School in 1971. A Ball was held in the Community Centre on Friday 7th May 1971 with 360 present. Supper was held in a marquee. The following day the Official Opening was held. John Coleman was Chairman with Jim Overton as Secretary assisted by Roger Hughes. On the Sunday a Vintage Parade was held. There were over 200 vehicles and floats. In the afternoon a Thanksgiving Service was held and over 500 attended.