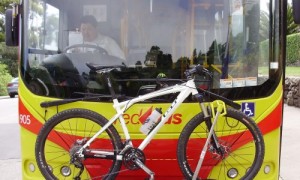 Terry outlined the financial structure of the service, emphasising that West Melton Red Bus services are not subsidised by ECAN as is the norm with urban services in Canterbury.  Several questions stemmed from this regarding ticket transfers within Christchurch, but Terry explained that this was not possible due to the arrangement with funding.

Terry explained how patronage on the existing service had declined following the 2010 and 2011 earthquakes, to the point where for some time Red Bus was maintaining the service at a loss.  The service had experienced growth in recent years though, with some buses this year running close to capacity.

Terry was pleased to announce the trial of a new afternoon service, commencing from Monday February 24.  Leaving the Central Station at 3:30pm, the service is expected to make West Melton at 4:10pm, before returning to Christchurch for the regular 5:30pm run.  The new service will be making pick ups along Riccarton Road only but should be of good use to school students wanting to return to West Melton during the week.  Terry said that service would continue depending on the patronage observed.

Also present from Red Bus was Peter and the bus driver Don, who made comment on difficulties he’d experienced at the Halkett Road / SH73 corner.  Don said while he would like to turn on to Halkett Road when returning from Christchurch, heightened traffic danger at the corner as well as difficulties with the new traffic island have lead him to abandon the route.

Details for the new and existing Red Bus services are available below.  (Click for a larger image) 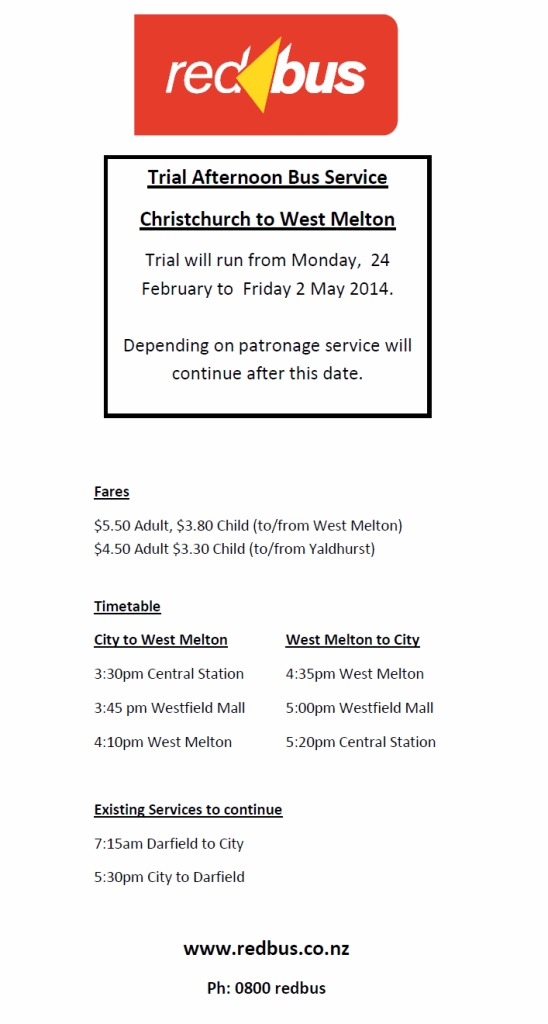