Tonight was our special public meeting to discuss the possible formation of a community patrol in West Melton. Had it been a regular Residents Association meeting, the turnout might’ve been described as rather healthy, but given 60 people had previously opted to support a West Melton patrol on a westmelton.org.nz poll earlier this year, the meeting attendance was substantially lighter than expected.

After a warm welcome, Ann Smith, District Representative from Community Patrols New Zealand (CPNZ) kicked off with a thorough description of the functions and processes behind CPNZ. Ann described the funding model, application fees and the day-to-day operation of groups. Ann also described with detail how CPNZ ties in with the New Zealand Police. She fielded many questions from the audience covering topics such as structure, costs, radios, cars and the mechanics of patrolling. “We are essentially the eyes and ears for the police” she said.

Our local Constable Chris Caldwell was next to address the group, beginning with the question “Is there crime in West Melton?” to which he asserted, “No more than usual”. Chris presented the last 3 years of crime statistics for the greater West Melton area, showing how crime levels were low, with no overarching increase during the years when West Melton’s population had been booming.

Chris described the nature of crime in the West Melton area, and described how over the decades there have been the occasional spate of burglaries, particularly in lifestyle blocks, which usually cease quickly through criminals being apprehended or leaving the district. 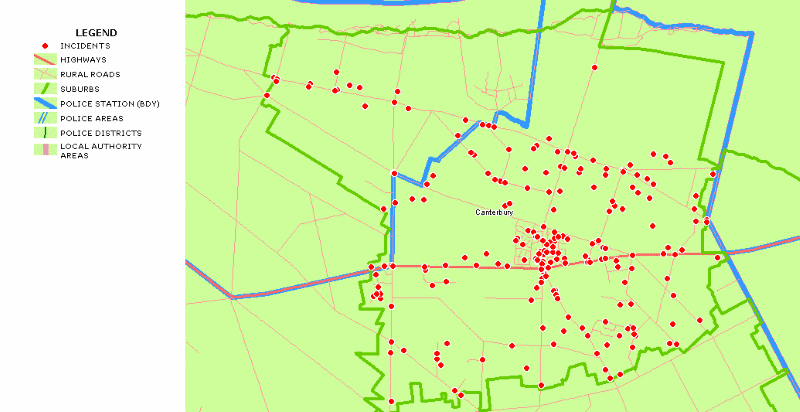 Also in attendance were Sergeant Paul Piper and Senior Constable Andy Williamson, Liaison Officer for Selwyn Community Watch. Andy began by congratulating the handful of West Melton residents who had just recently joined the Selwyn Community Watch. Andy went on to describe the CPNZ relationship from the New Zealand Police perspective, including details about fuel use, how existing watches in Lincoln & Darfield are currently running and how crime rates are generally improving. “It’s far better than 8 years back – particularly youth crime” said Andy. He stressed how much work it would be to set up a new committee and recommended West Melton residents join one of the existing Selwyn or Hornby patrols, mentioning how with more numbers these groups could have higher utilisation of their vehicles, particularly during the daytime when the majority of crime occurs in West Melton.

At the end of the meeting, Bruce Russell suggested the best way forward should be not to form an independent community patrol based in West Melton, but to support and encourage local volunteers to join the existing Selwyn & Hornby patrols. With local residents involved in existing committees, patrols would be welcome in West Melton, particularly during the daytime around lifestyle blocks.

If joining a local community patrol is something you’re interested in, please contact either the Hornby Community Patrol here or the Selwyn Community Watch here. Your support will be appreciated!