As the community has grown so has the School. In 1971 the School roll was 78. Alan Bond had left as Headmaster and been replaced by Robin Hobern. The fourth room was added in 1972 as the roll reached 108 and the two, bay Centennial Library was built. In 1974 room five was built; 1975 room six; 1976 room seven with the roll at the end of 1977 at 200. More land was bought for the School in 1978, the swimming pool enlarged to a length of 25 metres and a Dental Clinic built. 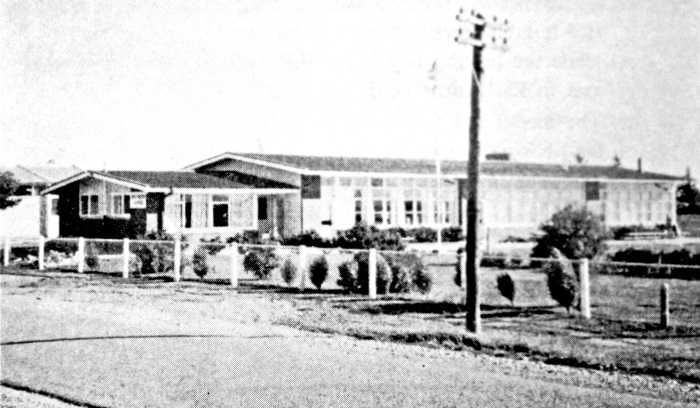 In 1980 the Swimming Club was opened with Noel Hickland as Chairman, Dorothy Oakley – Secretary/Treasurer, Sue Little – Club Captain, and Jennifer Hobern and Wendy Calder as Coaches. Over the next five years the roll was static and Robin Hobern retired in 1985. The next two Principals were Brian Couch and David Clayton. Kevin Rait was Principal in 1996 with a roll of 267 in October of that year when celebrations were held to mark the 125 years since the School opened. Colin Watson was Chairman of the Committee with Fran Rae (nee Francis Chatterton) as Secretary.

During the 1970’s and early 1980’s the School had produced a newsletter that was sent out to the community. Unfortunately in 1983 this was stopped due to budget cuts. Elizabeth Mitchell came up with the idea of a community newsletter, which was supported by Margaret McFedries. With help from Alastair Nicol the first monthly four, page copy of the West Melton News was produced with 230 copies delivered. Thirty years later a team of ten, including Margaret McFedries produce a sixty, page newsletter with 1600 copies.

In 1998 the 125th Anniversary of the first service of St Paul’s Anglican Church was held. The Preacher was the Rt. Revd. Dr. David Coles, Bishop of Christchurch. Ministers over the last 20 years were Martin Warren, Gordon Langrell, Eric Etwell and Graham Button. For 28 years Colin Watson was Chairman of the local Committee with Jim Jarman was Secretary/Treasurer for 23 years.

The first Presbyterian congregation in Canterbury was that of St. Andrew’s Church, which was opposite the Christchurch Public Hospital. In 1857 the Rev. Charles Fraser, M.A. became minister, a position he was to hold for 27 years. In 1883 he opened a Church on his farm at West Melton. He died in 1886. The farm was on the north side of the Main West Road between Sandy Knolls and Weedons-Ross Road. It is not known how long the Church services were held for.

The first Presbyterian services were held in West Melton in 1872. Over the next 60 years there were two periods when the Church was in recess. The Presbyterians had bought the Methodist Church on the N.E. corner of the Main West and Weedons Ross Roads in 1915. The present Church was built in 1962 for 5,000 Pounds.

The West Melton Garden Club was started in 1985 with a like-minded group of gardening enthusiasts. In 2014 there are still three of the original group members, Alison Pearce, Margaret McFedries and Anne Healey. The Club now has over seventy members. Meetings are held on the second Tuesday of each month during the day from September to May visiting gardens in the wider local area. In the winter months the club meets at the Community Centre where speakers on gardening topics are organised. Each year a workshop is held where members can have hands on experience at a related activity. In the spring, members travel and spend three days exploring our beautiful South Island organised by 2 or 3 volunteers. The group is very friendly and new members are welcome at any time. With the growth in the district the Club will go from strength to strength.